Structure of the organization 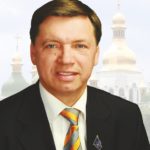 Volkov Oleksandr
E-mail: president@dipmission.com.ua
Winner of the M. Ostrovsky Prize in the field of science and technology; awarded the Diploma of the Verkhovna Rada of Ukraine; awarded the Diploma of the Cabinet of Ministers of Ukraine; awarded the medal of the State Border Guard Service of Ukraine “For assistance in protecting the state border of Ukraine”; awarded the badge of Kyiv Mayor “Badge of Honor”.
“Official diplomacy and high-level official contacts must be supported by people’s diplomacy, which has already become a full-fledged factor in modern international relations and is an important factor in increasing trust between countries and peoples and developing various ties between them.